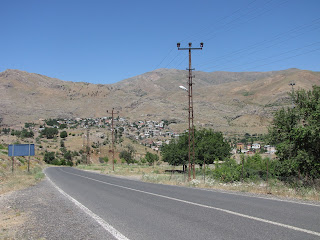 On Monday June 18, 2012, we left Elazig, where we spent the night, and drove south to the village of Chunkush.  Lisa’s two grandmothers were born in this village.  Chunkush is about 2/3 of the way to Dickranagert, and off the main highway up against the mountains.  The little two lane road leading to Chunkush was almost in better condition than the highways.  The drive took about 45 minutes and, as we approached the tiny village on the hillside we realized that we were literally at the end of the road!  2500 people who are mostly Turks now populate Chunkish.   In the early 20th century Chunkush was a village of Armenians and Turks.  All of the Armenians were slaughtered or deported south during the 1915 Genoicde. 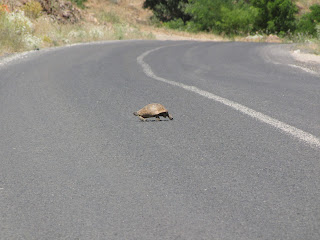 Just before we reached the town, we stopped to take pictures.  Just ahead of us was an old turtle, making his way across the road. 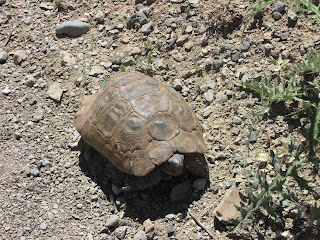 We reached the town center and parked our van in the small town circle.  We figured our visit would take about 15 minutes given the size of the village.  But, we were very wrong! 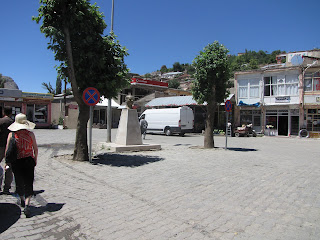 I noticed a large square abandoned building at the top of the mountainside and suggested that it might be the old church.  It had no dome.  Nearby we saw a few abandoned arches of what we later learned was once an Armenian Catholic Church. 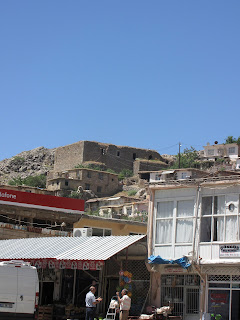 Soon after we got out of the car, a couple of the local men came up to us and offered to hike up with us to that abandoned building, which they said was an Armenian Church.  It turned out that the older of the two men was born in Chunkush, and knew quite a bit about its history.

As we walked up the rocky path strewn with cow dung and large pebbles, we passed tiny little dwellings made of large rocks, straw and cow dung.  Roosters cackled at us as we passed by, and cows and donkeys mooed and bayed at us.  We passed small gardens with fruit trees and patches of vegetables.  Small children came to the doorways to see these strange ladies hiking up the steep pathways toward that building at the top of the road.  And, this lady was, of course, wearing sandals – having not planned to make the hike for fear of heights!  But, slowly but surely, I made it! 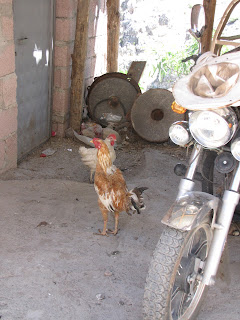 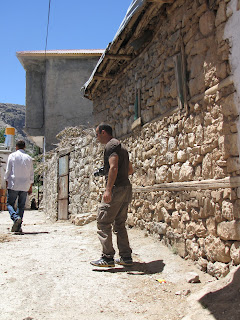 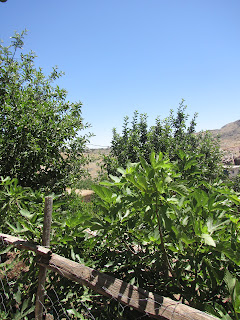 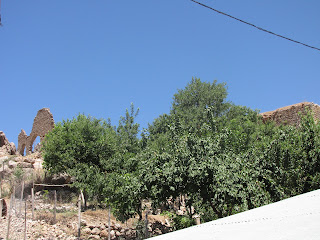 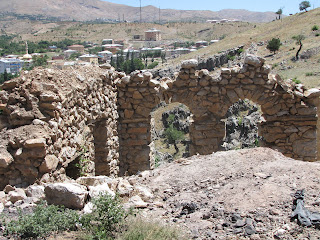 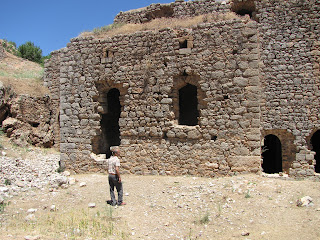 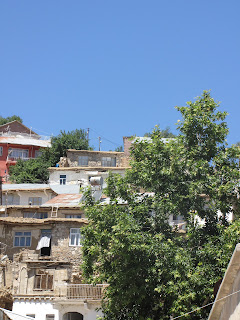 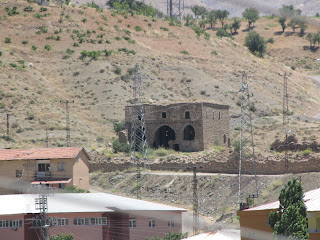 At the top of the mountain we could see across the small valley where Armenians once populated this area.  We saw the remains of an Armenian monastery sitting next to a newly constructed multistory residential building.

As we crawled through the archway of the old building, I found an Armenian inscription (sideways) on one of the walls – evidently this must have been placed here at some point after the church was built but during some type of repair. 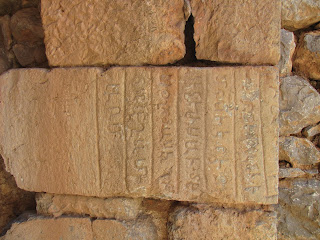 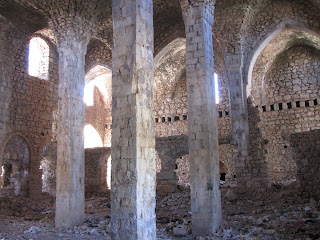 As we turned the corner toward the interior of the church, what we saw amazed us.  This was a huge basilica with St. Gregory the Illuminator Cathedral in Ani!  It was amazing, and, sadly, while the structure and ceiling were intact, the inside was in total disrepair.  Garbage was strewn on the ground, and one had to walk with extreme care.  Opposite the main altar, one could look through what once must have been the nave entrance to another doorway that led to what we believe was a school. 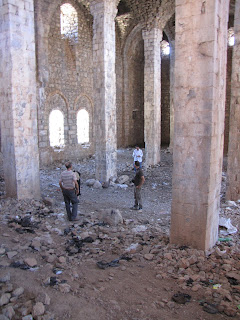 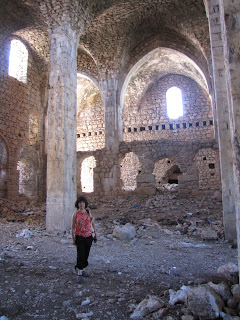 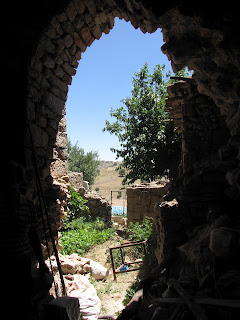 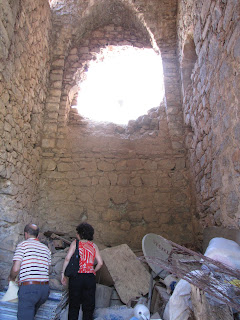 A small chapel was under the main church.  It was obviously being used as a storage area, filled with trash.

Our villager-guide hopped in our car as we headed out of the town and asked us to stop in front of his “apartment” for a moment.  He yelled something to a woman standing on the balcony, and a few minutes later she came out with something wrapped in a heavy cloth.  As he unwrapped it, we saw an amazing old sword with the remains of an Armenian style cross on its hilt.  This was an amazing find, and this man was so proud of his treasure! 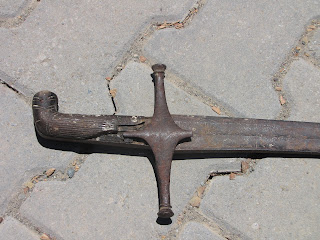 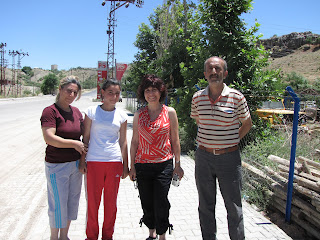 As we drove away from Chunkush toward the city of Diyarbekir (historic Dikranagert) nearly three hours later, we were all very glad that we made this journey.

NOTE:  As I was writing this blog, I found another blog on the web written by a woman who traveled to Chunkush in 2008 – her family was from that village.  She had an accurate description from her grandfather of where their family property was located – which was near to the St. Garabed Church.  You can read about her emotional visit, and see some beautiful photos, here.


To read more about the massive and brutal executions in Chunkush in 1915, read this article.