We started our tour upon our arrival driving up to the top of the mountain that borders the new city of Elazig.

The old city of Harput has been almost completely rebuilt, although one can see a few of the old buildings scattered throughout this village at the top of the mountain.  The main street is lined with shops and restaurants, and leads to mostly rough narrow roads that lead to homes, to the old fortress, or further along the “main” road to the very top, where there is an area for picnicking and a climb down into a cave that is FREEZING COLD and lined with ice!

We visited the cave first – hiking along the edge of the mountaintop to a rocky area, and then climbing down the rocks toward the opening of the cave.  Not something I was too eager to participate in – but, I survived with lots of help from Dicko!  And, for shame – there were old ladies (really “old”) and men climbing down there, so who was I to complain?!  In the narrow cave, one can climb even lower, where ice lines the cave.  That was where I drew the line!  I handed over my camera to Dicko and said “have at it!”  The following pictures depict what he saw.

This was on a Sunday, and the area had lots of families scattered around with their picnic.  We saw one family grilling their lunch, and preparing tea – they invited us to join them for tea, which we gratefully declined.


We then drove back to Harput, and visited the fortress.  In the early 20th century Harput Syrians and Armenians inhabited this area.  However, the Genocide of 1915 wiped out the entire population of Harput – those who were not killed were marched south through the desert toward Der Zor and most died.  Few who did not escape the town before the massacres survived. The fortress still exists but is under reconstruction. 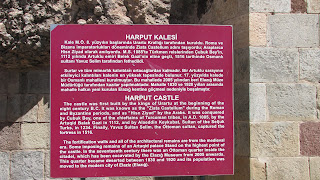 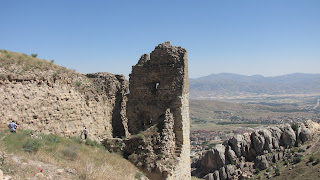 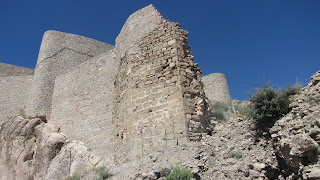 Directly below the fortress is a deep narrow valley.  The hillsides still have remains of old buildings that we are not sure what they were. 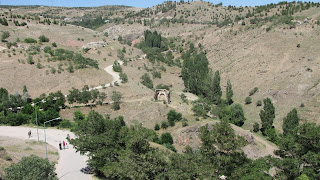 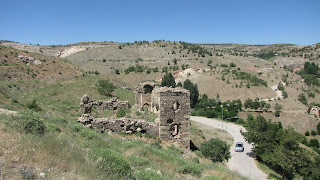 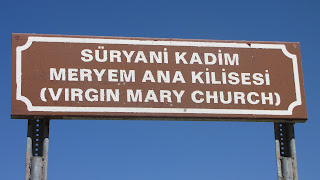 At the top of the ridge, just below the fortress, we found a church that was labeled Syrian.  Whether or not it was Armenian is not clear.   But knowing how the Turks have wiped out all mention of Armenians in these old villages, I would guess that it could very well have been Armenian. 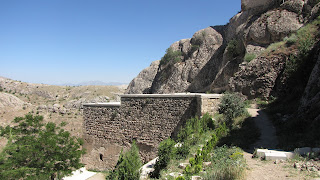 After we walked around the church and fortress, we drove back to the village, had an ice cream and walked for 15-20 minutes and looked at the few remnants of the old village.  There was little to see, but I know Lisa was happy that she could see where her maternal grandfather lived and studied before he escaped the country (and “the draft” by the Turkish Army) and came to the United States. 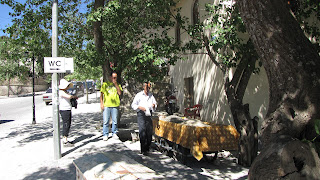 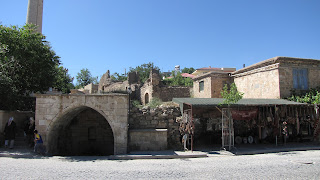