From Kars to Erzurum

On Saturday June 16, 2012 we drove from Kars, in the northeastern part of Turkey, slightly southwest to Erzurum.  The drive from Kars was beautiful – mountainous valleys covered with green grass, small lakes, and fields of wildflowers in purple, yellow and occasionally pink.  The highways were decent, with patches of heavy construction.  We rarely drove more than 40 miles an hour.  We passed many tiny villages strewn among the hillsides and near to the road. 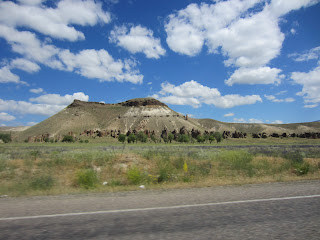 Herds of cattle, sheep and goats spotted the landscape, minded by one or two Kurdish dressed shephards – men, women, and children.   Occasionally depending the time of day, we encountered cattle taking their naps in the middle of the highway.  Funny thing – those cattle own the road.  If one approaches in a vehicle, they stand their ground, stare you straight in the face while chewing their cuds, and play “chicken” with you and your vehicle.  The cow will win so it isn’t worth the battle – you basically swerve your way around those beasts and hope you don’t run over one of their tails, or worse!  The car will lose that battle! 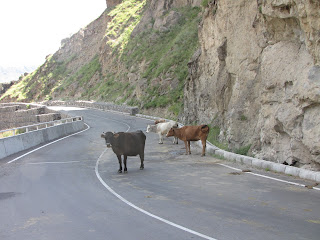 Entering Erzurum from the north, we came in to a completely modernized city.  The highlight of this particular visit was walking through the small streets of what is left of Old Erzurum.  The entire Armenian population of this once heavily populated city is now gone.  Many Armenians were marched south down the Tigris River towards the desert of Der Zor in Syria and most died.  In the mid-1800’s a large portion of Erzurum Armenians migrated north to the area of Javakh in Georgia.  After the 1895 Hamidian Massacres of Armenians, more Armenians left Erzurum.  (More on Javakh later).

The following pictures show what is left of the old city of Erzurum – this area is directly across the road from the fortress, where the only remaining Armenian church exists.  As I noted in my 2009 blog, the Seljuk Turks took credit for building that “church” which is now called a “mosque.”  The pictures from 2009 say otherwise.

On a more positive note:  one highlight of Erzurum and all of Turkey was the breakfasts we had.  This is a feast!  The Hotel Dedeman in Erzurum had the best breakfast without a doubt.  Cooked entrees – potatoes, eggs, tomatoes with cheese, sausages, etc.;  fresh tomatoes and cucumbers; several kinds of cheeses; fruits – melons, bananas, watermelon, apples, apricots, plums, chopped fruit compote with fresh fruit, dried fruits; jams and honeys; yogurt (traditional  “madzoon) – thick and not lowfat!; fresh butter (no salt!); olives of all sorts; halvahs of all sorts; breads; nuts; and hot tea, coffee and juice!  We ate a healthy breakfast, and then drank water and snacked on fresh bread, bananas, and rojik (dried mulberry juice with nuts – into a fruit leather roll). 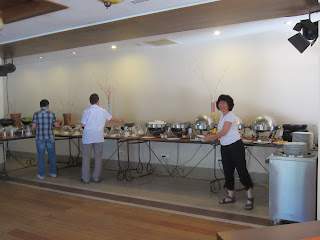 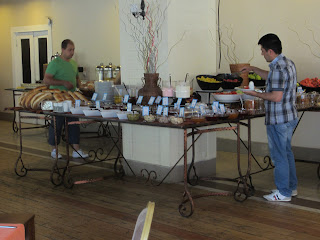 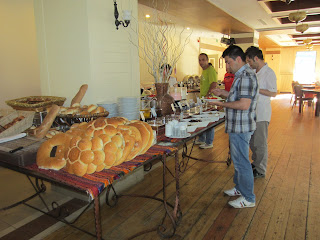