I had the opportunity to spend 10 days in the Holy Land from June 7, 2016 through June 16, 2016.  While this was my second trip to Israel, it was with no doubt the most important and emotional experience I have had for many years.  I had the chance to walk in my father's footsteps from the time he was a child until his early twenties.  And, I was blessed to experience the Holy Land from multiple perspectives, including Christian and world history. 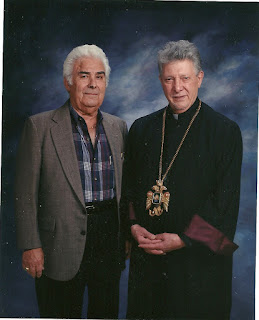 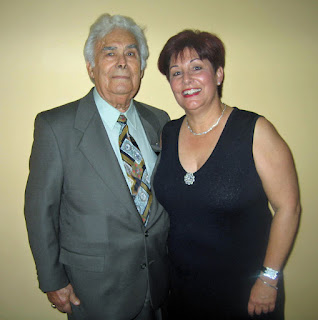 A little bit about my father:  When my father was four years old, his father was killed in a freak truck accident on the road to Baku.  My grandmother could not afford to take care of both of her sons after my grandfather was killed.  My grandmother sent my father to an orphanage in his birth town of Baghdad, Iraq.  From there, when he was about 12 years old, my grandmother arranged through family friends to send him to the Armenian Patriarchate in Jerusalem, where he would go to school, study to be a priest, work as a journalist, and serve briefly in the British Army.

Jerusalem became my father’s lifelong passion, even though in 1948 he came to the United States, married, and continued his service to the church as a deacon.  He remained very close for the rest of his life to his boyhood friend, Torkom Manoogian, who eventually became the Patriarch of the Armenian Patriarch of Jerusalem.  My father also remained close to His Beatitude's family, particularly his brother Sooren Manoogian, who moved with his family to Southern California in the early 1960's.  They remained close, like brothers, until my father's passing.

On February 14, 2010, on his 88th birthday, and only 18 months before he died, we published my father’s almost 900 page history book entitled “The Lives and Times of the Armenian Patriarchs of Jerusalem.”  The book took him 10 years to research and write with the help of his dear friend the Patriarch, and its publication was the highlight of both of their lives.  He and his dear friend died almost exactly one year apart in October 2011 and October 2012.  The book is now available on Amazon.com.  https://smile.amazon.com/Lives-Times-Armenian-Patriarchs-Jerusalem-ebook/dp/B01DXDW38C/ref=sr_1_1?crid=2IFSFVLGMLB0A&keywords=the+lives+and+times+of+the+Armenian+Patriarchs&qid=1659481929&sprefix=the+lives+and+times+of+the+armenian+patriarchs%2Caps%2C122&sr=8-1