Erzurum and back to Istanbul, and a visit to the Patriarchate

June 14, 2009 was our last day in Western Armenia. We spent the night before at Dedeman Hotel, a ski lodge sitting above the city of Erzurum. The city sits nearly 6000 feet above sea level and is a popular ski resort of Anatolia.

Erzurum province has existed since ancient time, having been ruled by Armenians before the 11th Century AD. Although Armenians occupied Erzurum in more recent history, the massacres of 1894-96 (Hamidian Massacres) and the 1915 Genocide of 1.5 million Armenians throughout Anatolia, wiped out the population of Armenians from Erzurum. Little remains today of the Armenians who lived here for hundreds of years.

At the start of the 19th century approximately 100 Armenian-populated villages existed in the Erzurum plain - by the end of the century that number had been reduced to around 50. The brief Russian occupation of parts of the Ottoman Empire during the 1828-29 Russo-Turkish War resulted in an exodus of some 10,000 Armenian families, an estimated 75,000 people, mostly from Erzurum province, who accompanied the withdrawing Russian forces into Russian territory. There was a further flight of the region's native Armenian population into Russian-controlled territory after the Crimean War of 1853-56, and the Russo-Turkish War of 1877-78, when Russian forces again captured Erzurum. In 1915, the forced exile and deportation of Armenians of Erzurum resulted in the virtual eradication of the Armenian population of this area.

We visited the old fortress of Erzurum, which is now only a museum. Inside the fortress walls is a church, once again attributed by the Turks to the Seluk tribes. But, we knew better. Behind the church stood a tall bell tower, constructed in later years. Brave Lisa and guide Marina walked up to the top, and you can seen them bravely looking down on us in the last photo. 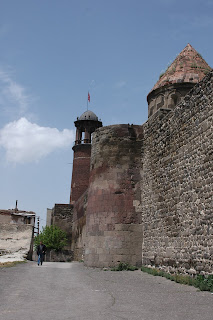 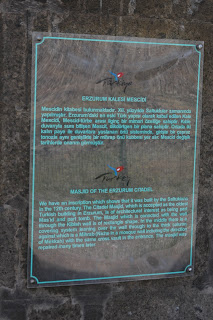 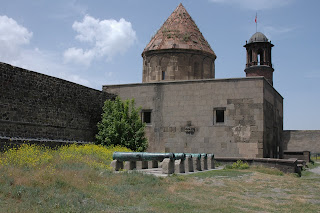 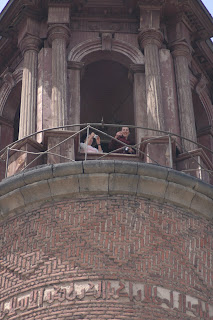 Our visit ended with a short walk through the modern city and lunch. We relaxed back at our hotel - Dedeman Ski Resort - before catching our 10 p.m. flight back to Istanbul.


Our journey to Western Armenia over, we spent Monday June 15 in Istanbul with a guide who took us to a few of the Armenian sites of Istanbul. Today, approximately 70,000 Armenians live throughout the large area covered by Istanbul. Several operating Armenian churches scatter the area, along with a hospital (Surp Purgitch), two cemetaries, and the Armenian Patriarchate of Istanbul, located in the district of Kumkapii.

Our first stop on our tour was the Patriarchate, where we were greeted by Grand Sacristan Aram Atesyan, who visited with us for about 1 1/2 hours. We saw four incredible paintings by the Russian Armenian painter Ayvasovsky, as well as other relics from the interior of Turkey now protected by the Patriachate. The newly renovated sanctuary, located across the street from the Patriarchate Headquarters, was a welcome relief after all the descrated churches we had seen in the days before. 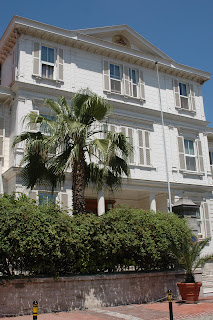 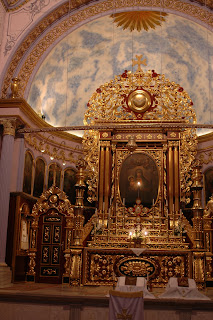 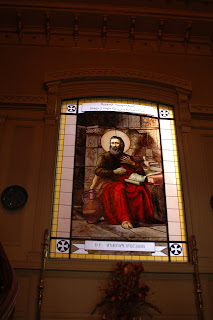 We then drove around the outside of the old city walls and visited the Armenian cemetery where Hrant Dink is buried. Walking throughout this cemetery, which is the resting place of several famous Armenian writers, archbishops, and dignitaries, we were welcomed by the site of Armenian street names and so many Armenian family plots - some written in English letter and some in Armenian. 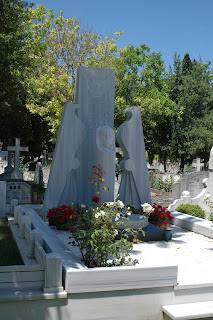 Our next stop was the old Armenian Church called Sourp Grigor Lusavoritch. This Armenian church, and its attached school, was once three times its existing size. However, because it is located along the busy roadway leading from the Galatia Bridge, and along which the tramway now runs, the government basically cut more than 1/3 of the original building off, and left the church, which has a basement chapel, to sit among commercial buildings. Ironically, I realized that when I was in Istanbul in 2006, and staying on board our cruise ship, just a few hundred feet from this area, I walked along this roadway at least 4 times, without ever seeing the dome of this Armenian church! Buried in its basement chapel is one of the famous Patriarchs of Istanbul, who died young in the mid-1800's. Patriarch Hovhannes Golod Paghishetsi was considered the greatest and most revered Patriarch of Constantinople. He served from 1714 to February 13,1741. 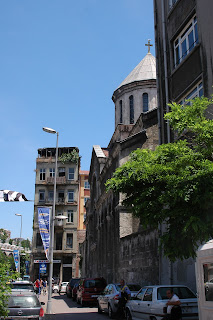 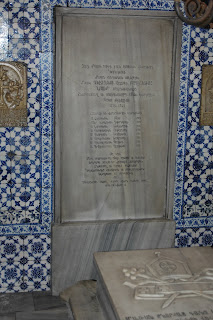 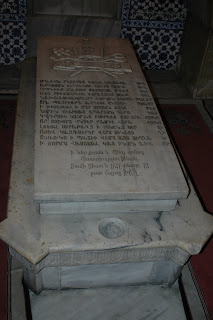 We ended our tour of this day by driving across the first of the two massive expansion bridges crossing the Bosporus Sea, and driving up to the peak of the hills above the city to enjoy a view of both the Asian and European sides of Istanbul. The vista also enabled us to see the small Princes Island known as "Kunali Aada" -- the summer island populated by Armenians of Istanbul.

On Tuesday, June 16, 2009, we all capped off our long visit to Turkey by taking a lovely cruise up the Bosporus Sea to the mouth of the Black Sea.

We passed the Dolmabace Palace, which we had visited weeks before (built by the Armenian Architect Balyan).

We enjoyed the view of the many summer mansions dotting the coast line on both the Asian and European sides of the Sea. We saw old fortresses, and little villages, and enjoyed the brilliant turquoise water.

At the end of the ferry line, we stopped in town for a fish lunch, wandered the small village and ate Dondurma (ice cream) and waited for the return ferry to take us back to Istanbul. Ending the evening with dinner at Tamara Restaurant, near our hotel (Dersaadet), Lisa, Susan, Harold and Debbie went to bed ready for an early morning flight beginning their journey back to the U.S. 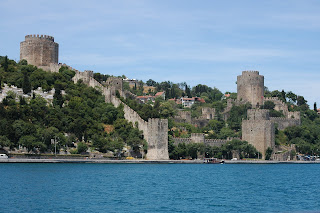 Brian and I stayed one additional day in Istanbul, shopped at the Grand Bazaar and Spice Market for gifts for his boys, and relaxed in our room reading ourselves for the journey home, via Versailles. We were ready to go home.
Posted by Lexizmom at 1:42 PM