A Visit to Armenia and the Realization of a Dream 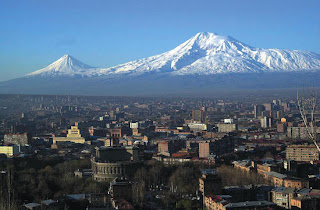 From June 22 until July 5, 2012, I "lived" in Armenia's capital of Yerevan.  The reason for my fourth trip to the homeland was an important one to me -- the realization of a dream that began back in 2005 during my 2nd trip to Armenia.

I have long wanted to do something to help young orphan women in Armenia who are at risk for highly undesirable lifestyles of human trafficking, prostitution, domestic violence and homelessness.

My maternal grandmother was orphaned in Dickrangert, Turkey at 12-13 years old under the WORST of circumstances - she bravely made her way, with a younger brother and sister, to the United States, having survived the slaughter of almost her entire family in 1915.  She survived the Great Depression, and World War II.  She married, had a daughter, and eventually became the bright, strong-minded and successful matriarch of our family, living to almost 94 years of age.  How did she do that?  Because as a child who survived the Armenian Genocide, she was given the chance by maternal uncles and a maternal aunt.

My late father was born in Baghdad, Iraq.  His paternal grandparents were from the village of Khundsoresk, Armenia.

He was also a "social orphan" - his father was killed in a truck accident when Dad was four.  His mother Ovsanna (also my maternal grandmother's first cousin) loved him but could not afford to support both of her sons.  Being the oldest, he was sent to an orphanage as a child.

Both my father and my maternal grandmother had successful adult lives, where family was critically important to their lives.  They were strong role models for me - teaching me that doing for others without the expectation of something in return enriched one's life far more than any level of monetary wealth could.

MY TURN TO PAY IT FORWARD

My first trip to Armenia was in 1971, while Armenia was under the protection of the former USSR.  In 1991, the USSR disintegrated, and the former SSRs, including Armenia, suddenly became independent.  Preceded by the devastating earthquake of 1988, and followed by the war in Karabagh, independent Armenia started its social and political life that is still struggling to find its center after 20 years.

Although most of the "true" orphans in Armenia - children with no parents -- have grown up since the early 1990's, sources tell me that the country has nearly 2000 children classified as "orphans" in Armenia today.  That does not include the many hundreds of children in the villages of Armenia who live with their families but have little to sustain them.

About 10 percent of the "orphans" living in orphanages have no parents.  The rest have one parent, or a family member as a guardian.  Frequently, their fathers leave Armenia and go to Russia or other countries where they find jobs, establish new families, and abandon their wives and children in Armenia.  The surviving parent, most often the mother, is not able to provide for her children, and ends up relinquishing her social responsibility for her children to the government.  The government houses the children in state-funded orphanages until they are eighteen years old, offering little more than a roof over their heads, a square meal two or three times a day, and a state-funded basic education.  Numerous organizations in the Diaspora support the orphanages with clothing, supplies and services.

Given the social, political and economic climate in Armenia, and without many options, girls in these orphanages "age-out" of government funding at eighteen, and they often become homeless.  The government can do little if anything for them.  These girls face prostitution, human trafficking, unsuitable marriages that end in domestic violence, and worse.  The boys go into the Army for two years and come out with few job skills - many ending up leading similar unsuitable lives.

With the exception of a few dedicated organizations and individuals, few are doing enough to save our beautiful young Armenian girls from disastrous futures.  Diasporan organizations help support the various orphanages, but for the most part they are putting a bandaid on the problem, and not able to eliminate the reasons why these situations exist.

Beginning in December 2008, a group of friends from the West and East coast joined with me to form a non-profit organization called House of Hope - Mer Hooys, Inc. and over the next three years we established a program that targets teenaged girls from orphanages in Armenia.  We have worked tirelessly to raise money to furnish a beautiful facility provided to us by The Mother Church in Etchmiadzin. 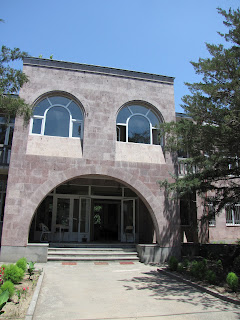 Recently dedicated as the Nakashian Children's Support Center, the home is capable of accommodating up to 50 young women plus live-in staff, to develop a program that will give them a comprehensive education in languages, social and life skills, job skills, and training in the arts and crafts that could one day be their means to earn a living. 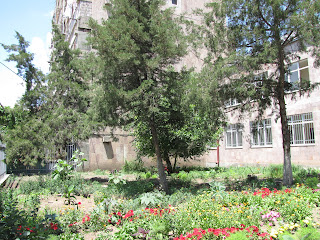 We are partnering with The Mother Church in Etchmiadzin, and the Western Diocese of the Armenian Church of North America to administer and fund Mer Hooys.

The Center, consisting of two stories plus a basement, will house up to 50 girls plus live-in staff, and has a large dining area, classrooms, a chapel, and modern bathrooms, including two shower rooms with four showers and a large dressing area in each shower room.  The property, which is fenced and gated, has a back yard where our girls can engage in sports activity, gardening, or simple quiet time and reflection. 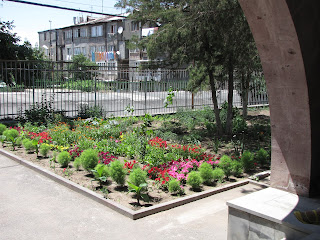 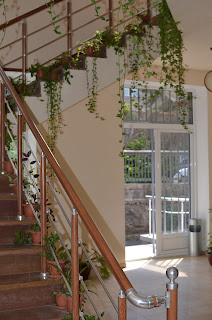 The entryway includes a foyer, a door to the back yard, and stairs leading up to the 2nd story bedrooms, where our girls will sleep. 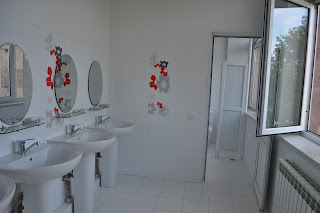 There are two bathrooms, with four sinks and four toilets on either end of the 2nd story, as well as a private bathroom in each of the two rooms for the night staff.  Shower rooms are located on both sides of the first floor, with private shower stalls for 4 girls in each.  There are also two bathrooms with four sinks and toilets on either side of the first floor.

The basement stretches the entire length of the building.  It includes a large laundry area which can be used for washing, drying, ironing and storing clothes.  Several storage rooms are located in the basement, along with a room that can be used as a small theater, with a stage.  The room needs rugs to insulate the sound, and for warmth in the winter. 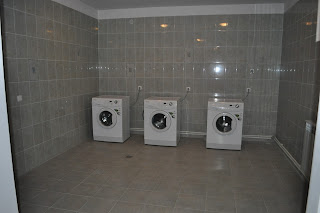 The kitchen is brand new, with modern commercial equipment, some of which was donated by the contractor who is building out the kitchen.  The dining area will accommodate 60 people seated, and many more for receptions. 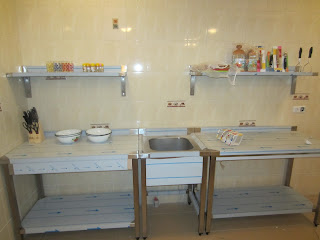 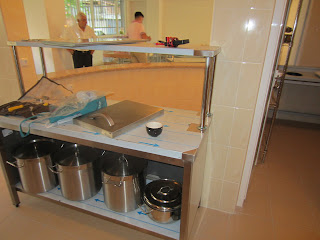 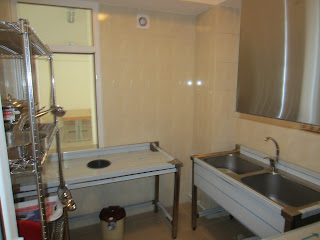 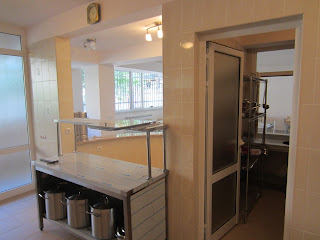 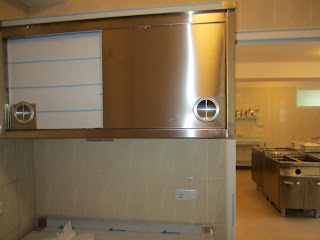 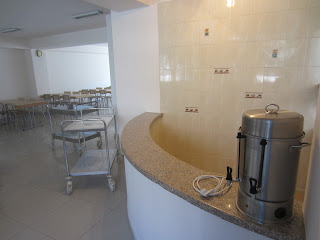 The center has several classrooms, a computer lab, and a language lab. 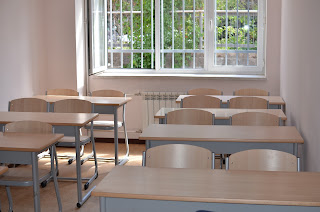 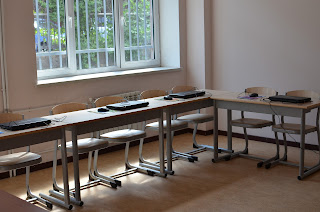 The center also has large, comfortable bedrooms, with three or four beds in each room, along with a separate armoire for each girl, and a separate nite stand. 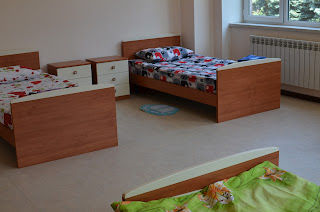 Now that you have seen what a wonderful home we have established, next stop:  Our Mer Hooys Pilgrimage to Armenia and our visit with our girls!