2014 Sightseeing - Excavation of the Old Town of Dikranagert in Karabagh

A Long Drive but Worth the Trip

As part of our trip to Karabagh, we drove through the war-torn remnants of the area near the Azerbajani border where all signs of the large community that once lived there were gone - nothing was left but a massive area of bombed out buildings and residences.

But, at the end of the area, still close to the border, we visited the recently discovered but not fully excavated ruins of one of the four ancient cities built by King Tigran the Great - Dikranagert.  This excavation left us wondering why no one was interested enough to pursue what had to be a great city - just waiting to be found.  We wandered among what was left, including the footprint of a cathedral and chapel, the living area of the king, and, what appeared to be a graveyard.  We found bones extruding from the dirt, where excavations had ceased.  On our way back, we stopped at a memorial to those who had died, which consisted of an old army tank. 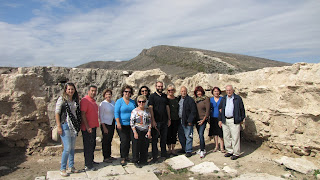 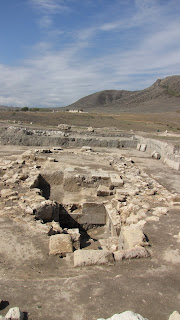 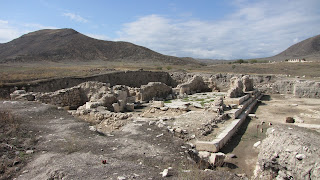 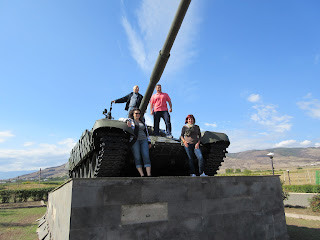 Our visit to Karabagh include a visit to Gandasar Monastery, where Der Mesrop conducted a small prayer service for us - as he did in each of our visits to the various churches and monasteries.  This beautiful monastery was damaged during the war with Azerbajan, and one can still see the remnants of bullet holes in the sides of the walls. 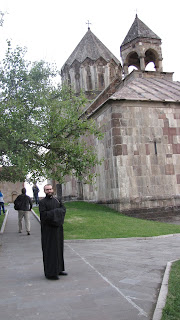 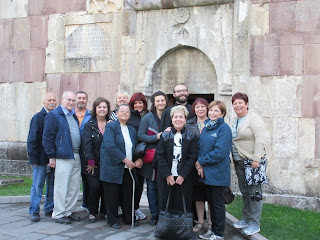 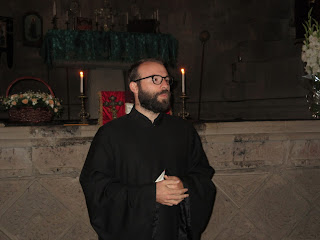 As was always the case, our group never starved.  We enjoyed a delicious meal in the capital of Stepanagert in a traditional restaurant. 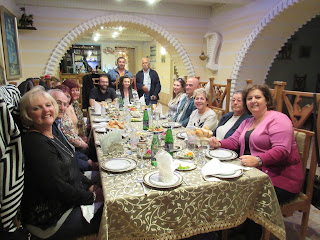